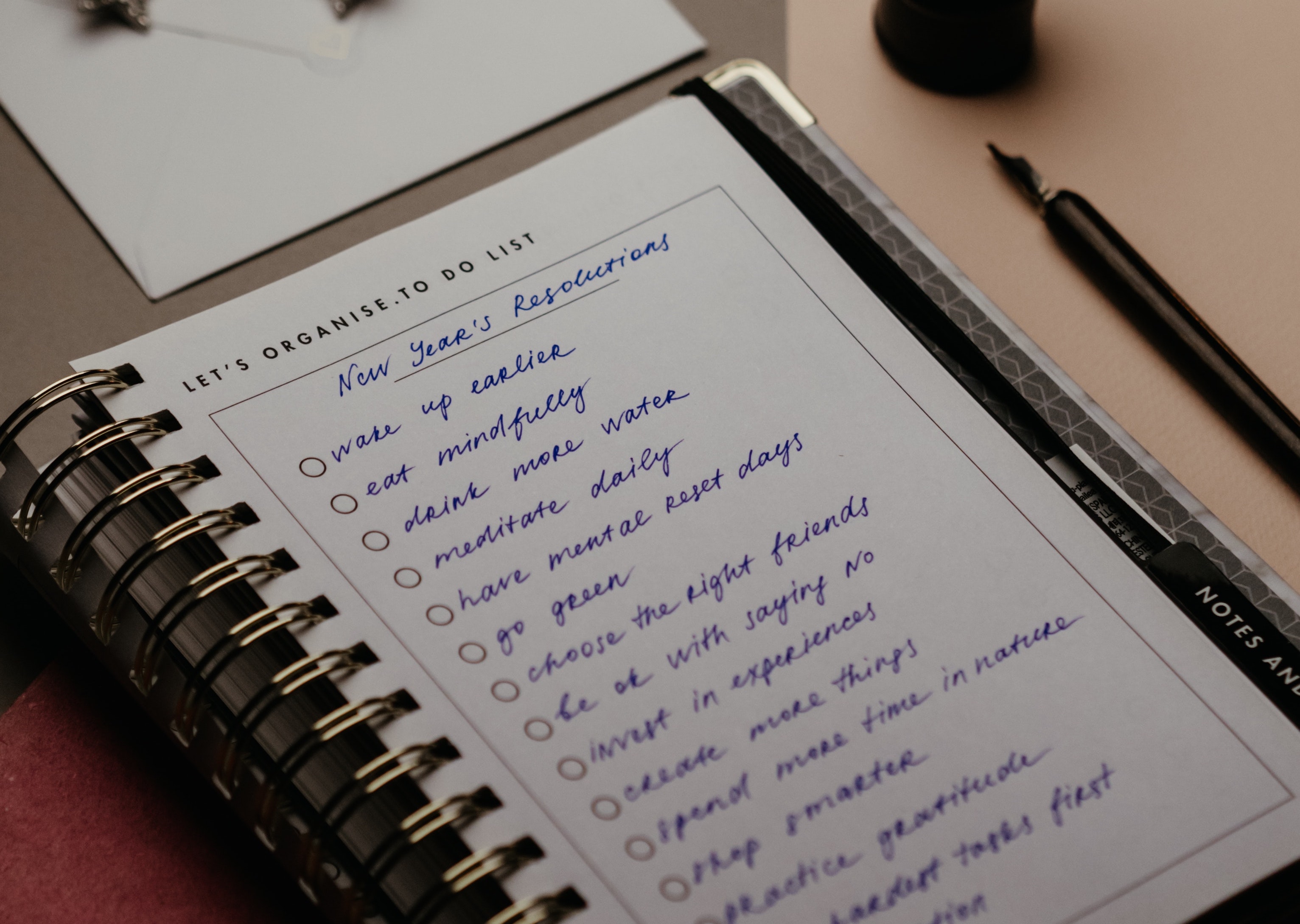 If you're feeling your commitment to the intentions you set on January 1st beginning to wane, you're not alone. According to Franklin Covey, a time management consulting firm, a third of all resolutions aren't sustained past January; another study found that by the end of February, almost half of all New Year's resolutions had failed. That's why midway through January is the perfect time to revisit your objectives, assess your progress, and implement new strategies to help keep you on track to achieving your goals.

Add Habits Instead of Forcing Outcomes

The number one strategy to consider when setting your New Year's resolutions is to approach the process from the perspective of adding rather than removing. Pick an objective that adds something to your life, rather than solely taking something away.

In the most comprehensive study on resolutioners to-date, researchers found that 59% of participants who set resolutions that included "adding" behaviour succeeded in maintaining their goals a year after setting them. Avoidance-oriented goal setters had a lower rate of success, at only 47.1%. Limiting a behaviour causes your brain to fixate on it more. Instead, introduce new alternatives to keep yourself occupied — such as stocking your fridge with seltzer instead of just vowing to cut out soda.

Make Sure They're Realistic

You are far more likely to lose momentum keeping a resolution if you are attempting to start it in conjunction with multiple other goals. As great as it is to imagine your life if you learned french, started going to the gym every morning at 6am, and read a book every week, it is unrealistic to expect yourself to completely alter your lifestyle at the start of one day. Instead, pick one or two focussed habits, and assess them using the SMART acronym: the most successful goals are Specific, Measurable, Achievable, Relevant, and Time bound.

Furthermore, look inwards to really examine why you picked your resolution — is it because you really want this change, or because you think you should want this change? If you find yourself setting the same goals each year and failing to live up to them, try pivoting to a resolution that doesn't put such a harsh strain on your willpower, but rather, entertains and engages you — like joining a book club or taking a cooking class. Resolutions that you find tortuous from day one are unlikely to carry you to day three hundred and sixty four.

Rather than leaving your resolution as an ambiguous lofty goal, make it more concrete by creating a schedule working backwards from the end of the year, breaking the goal down into a series of smaller rituals. Parkinson's Law dictates that work expands to fill the time allotted to complete it; combat procrastination by forgoing traditional yearly deadlines for quarterly or monthly ones, in order to hold yourself accountable and assess your progress. Once you meet these goals, be sure to reward yourself in some way — there's no reason to restrict the celebration of resolution-setting to just the end of the year!

Bring In Your Network

When you set a goal in secret, you can fail in secret. By bringing other people into the loop regarding your plans for the year, you create a well of support to draw from when you find yourself straying from your intended goals. Avoid the easy out of failing in isolation and connect with a loved one who you can set habits with, or who can gently hold you accountable on your own journey.

Of course, change will only stick if you want it to. But knowing someone else is aware of your goals and has an investment in tracking your progress can be more inspiring than trying to locate all of your motivation internally. This is especially true if your goal is quitting smoking: the National Institute of Health found that creating a support network of fellow ex-smokers, and confiding in a therapist or counsellor, can significantly improve quitting outcomes. If you want to see real change, don't go at this alone.

Remember Why You're Doing This

If your new routines are beginning to slip, retain your motivation by remembering why you wanted something different in the first place. Every New Year's resolution was borne of a moment in which you determined it was time to change, so try and tap into the memory of a moment you decided this was a good idea.

Maybe you realized your screen-time report had gotten out of control, or you couldn't remember the last time you went skating. Perhaps you were frustrated that you didn't have the skills to cook a tasty meal for your partner, or you discovered how well you slept after reading before bed. Tap into these moments when the shiny, brand-new motivation you woke up with on January 1st  begins to fade into the more mundane reality of everyday life.